Kootenai County residents enjoy four distinct seasons throughout the year. The region receives an average annual rainfall of 26 inches and an average annual snowfall of 50 inches with approximately 142 sunny days. There are approximately 120 frost-free days in Kootenai County, with the last frost ending mid-May and the first beginning mid-September.

Temperatures are slightly cooler overall north of the city of Coeur d’Alene, especially in the winter and spring months when the warming effects of Coeur d’Alene Lake are most pronounced. Late in the month of August, area grass fields are burned to stimulate crop production for the following year.

Coeur d’Alene Lake rarely freezes over, the mean winter temperature being 36 degrees. The average annual precipitation is 26 inches. The climate in this area is mild and the region rarely experiences tornadoes, earthquakes or electrical storms. The climatic conditions are favorable to agriculture in general and to livestock in particular.

All information on this website is deemed reliable but not guaranteed. Please contact Ken Gimbel to verify all information. 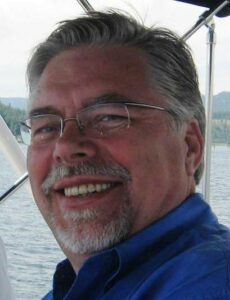